You are not logged in. Please login or register.

You must login or register to post a reply

Greetings, thanks for this great plugin, I just bought it via the Unity asset store.

Most everything works 100% but I'm noticing an issue with the context menu where the popups are larger than they should be. 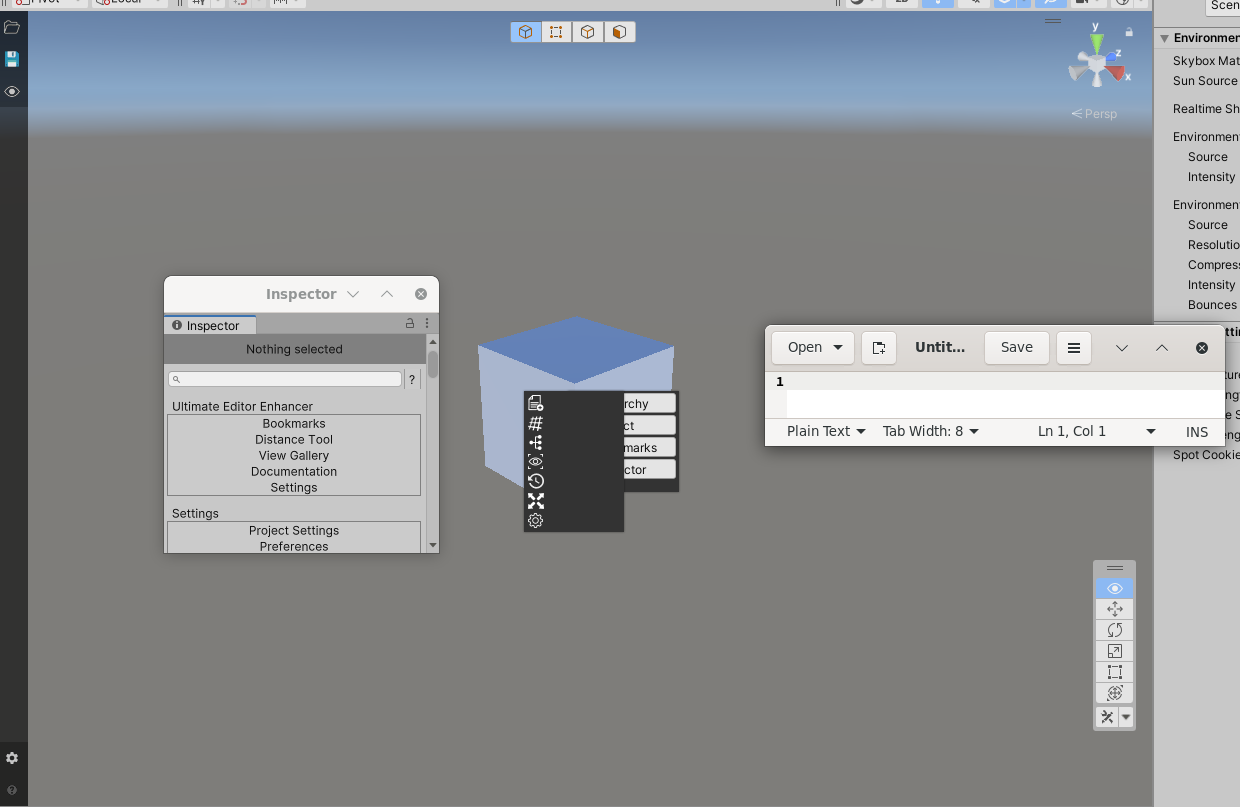 After investigating I discovered that this is because something is enforcing a 'minimum window size', ensuring that Unity's windows cannot be shrunk beyond a certain level. Since the Context Menu windows are smaller than this, the minimum is enforced and they do not look good.

I know this because I tested scaling different Unity windows down and none can go smaller than the rendered panels (see the Inspector window in the second screenshot) . I should note that I am using Unity on Linux (I have not tested this elsewhere yet), perhaps it's an operating system issue, but that being said, I am able to minimize other application windows to be smaller than Unity's.

Perhaps Unity is enforcing the minimum window size on Linux or similar, but a workaround is to edit the Context Menu layout logic, particularly:

To change 'flipHorizontal' and 'flipVertical' to true. After the change, the logic should look like:

This will change the order of the Context Menu windows such that while they still are larger than they should be, they do not overlap (see attached screenshot).

Thanks in advance for investigating this issue and again for the great plugin!

This issue also affects other windows, particularily popup window titles (and perhaps others). 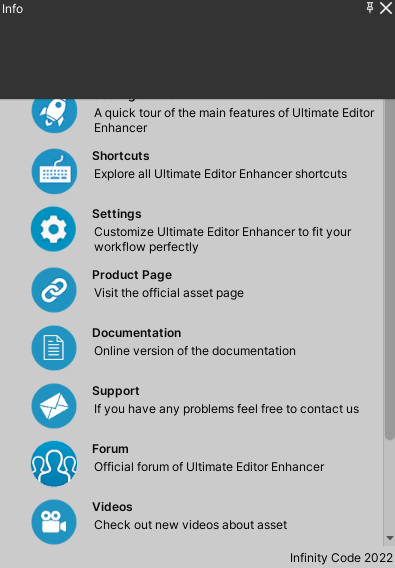 I just tested the asset in Ubuntu and there is no such problem on my side.
Screenshot attached.

Which Linux are you using and which version of the editor?
Are you using any special system settings, such as increasing the font size?

I just tested the asset in Ubuntu and there is no such problem on my side.
Screenshot attached.

Which Linux are you using and which version of the editor?
Are you using any special system settings, such as increasing the font size?

Hi Alex, thanks for the quick reply. I am running Fedora 35 and Unity 2022.1.5f1. My desktop is a stock gnome installation from the Fedora repos with no settings or other changes.

There was a mention of a minimum window size by unity in 2019, but it's unclear what that applies to and I can't find anything else pertaining to it elsewhere online.

Interestingly, it doesn't happen for all windows. See the hierarchy vs inspector title bars for example

I'll try installing Fedora + Unity via VMWare this weekend.
I think it will be very entertaining and painful, because:
1. My experience with Linux is close to zero.
2. Fedora is not on Unity's required systems list.
3. I googled a bit about it.

I've tried installing Fedora via VMWare Workstation and Oracle VirtualBox, but it doesn't work stable, and restarts halfway through the Unity installation, and freezes when using the terminal.
I've tried using Fedora Media Writer, but it doesn't want to use the full USB disk size (512GB), and only uses 2GB, which is not enough to install Unity.
So unfortunately I can't test the asset on Fedora.

I understand, thank you for your assistance. If I am able to figure out the issue, I'll post the findings here.

You must login or register to post a reply